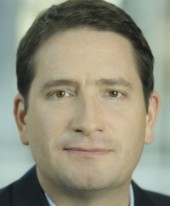 Since November 2015 Terry von Bibra is Managing Director Germany of the Alibaba Group. Before that he was Chief Retail Officer Omnichannel of Karstadt (2013 - 2015), CEO of Yahoo! Germany GmbH (2005 - 2013) and Vice President Central Europe of Yahoo! Inc. As Yahoo’s Vice President Advertising Marketplaces (2010 - 2013) he was also responsible for the advertising business across the EMEA region, including the Middle East and Africa.

Prior (2001 - 2005) he was the European Head of Business Development at amazon.com, responsible for online marketing.

Terry’s involvement at the Chinese online giant Alibaba is another milestone for its expansion in the European market.

Terry studied German language and literature studies at the University of California in Santa Barbara and advertising photography at the Art Centre College of Design in Pasadena, USA. He also holds a MBA/MBI from the Rotterdam School of Management.

As a professional and informative keynote speaker Terry is in great demand from audiences eager to benefit from his highly relevant insights.

He presents in English and German.