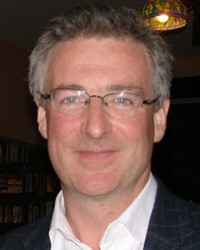 James Kynge is Editor of China Confidential, a specialist research service at the Financial Times that focuses on the Chinese economy. He has spent 16 of the last 25 years living in China, first as a Reuters reporter in the 1980s, then as the FT Bureau Chief in Beijing for seven years until 2005, and subsequently as an executive heading up the Pearson Group of companies’ operations in the PRC. His award-winning 2006 book, ‘China Shakes the World’, was an international bestseller, translated into 19 languages

As a journalist for over two decades in Asia, James covered several of the events that have helped shape the region, reporting from China, Taiwan, Japan, Mongolia, former Soviet Central Asia, Indonesia, Malaysia, Singapore and other locations. As executive overseeing businesses in media, publishing and education, he executed an ambitious market entry strategy that involved acquiring three Chinese companies, launching two start-ups and managing a complex matrix of government relations.

As a speaker, James weaves his impressions together with gentle humour to elucidate some of the biggest questions of our time. Can Europe and America compete with a rising China? Can the world accommodate a country that is in its character and convictions very different from the world created under Pax Americana since the end of World War Two? He also talks in greater detail about the economic, social and political changes sweeping China itself, drawing on an association with the country that goes back to 1982.

A much respected voice on developments in China, his relentless pursuit of the truth allows James to offer unique presentations that are informative, insightful and unforgettable.

He presents in English and Chinese.